“Agrihood,” the First in the Northeast, Will Be a Prime Draw, as Will Unique Culinary, Residential and Recreational Options HYDE PARK, N.Y. (May 23, 2022) – Bellefield Development Partners, an affiliate of T-Rex Capital Group, LLC, has announced an important milestone: Construction has begun on The Inn at Bellefield by Residence Inn, a hotel thatRead More » 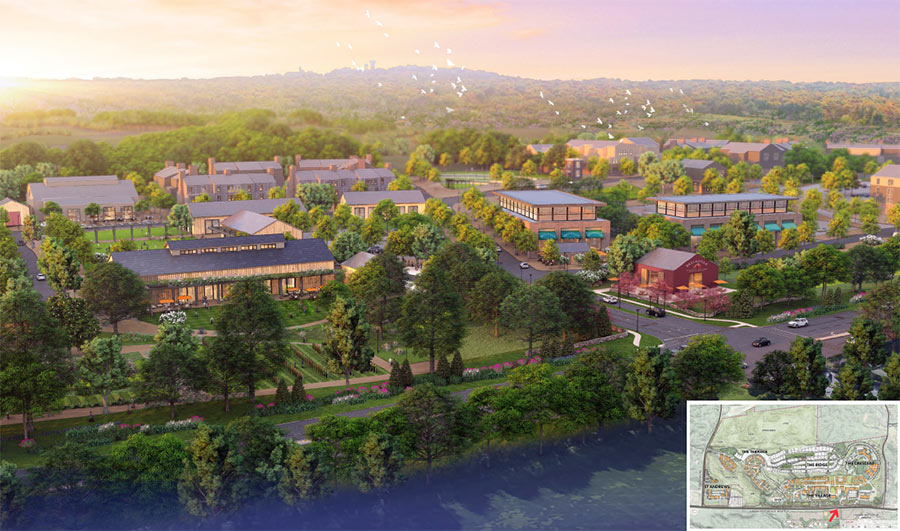 For example, in northern Dutchess County, T-Rex Capital Group broke ground on its $800 million, 344-acre walkable community Bellefield at Historic Hyde Park in 2018. However, the team is only now ready to begin constructing its field building on the site. Before that could happen, the company had to install wastewater and sewage facilities necessaryRead More »

From a cursory glance driving up Route 9, it can be hard to parse what progress has been made at Bellefield at Historic Hyde Park. The $800 million planned “walkable community,” covering 344 acres across from the Culinary Institute of America, has been gestating with different names and features for nearly 15 years. It mayRead More »

Prices in Dutchess County rose 30 percent in 2020 The New York State Association of Realtors believes that buyer demand will remain strong and supply short for homes in the Hudson Valley, according to the Hudson Valley Post. Home prices have steadily increased in the area since early last summer when authorities lifted restrictions onRead More »

Some relocated businesses are doing more sales than they did in the city A growing number of ex-New York City dwellers are scooping up commercial real estate in Hudson Valley towns. At the onset of the pandemic last year, wealthy New Yorkers left the city for their second homes or found new houses to escapeRead More »

By Sabrina Sucato Bellefield at Historic Hyde Park will house two hotels, culinary shops, farm-to-table restaurants, quality housing, and more. Hyde Park is hardly a hole in the wall. Thanks to the presence of the Culinary Institute of America, the Home of Franklin D. Roosevelt National Historic Site, and the Vanderbilt Mansion National Historic Site,Read More »

HYDE PARK – A proposed sewer system project in the Town of Hyde Park’s central business district along Route 9 has received a $1 million boost. Tom Mulroy, CEO of T-Rex Capital Group presented the sizable contribution to Hyde Park Town Supervisor Aileen Rohr to satisfy the agreement between the town and the developer ofRead More »